We are once again approaching a general election in South Africa and the media is bombarding us with statements and promises of the various political parties and their leaders. Driven by this spotlight afforded to political issues by the media, clients often ask us what we expect from the elections and politics in general, and whether we adjust our portfolios or investment strategy accordingly.

The simple truth is that politics and elections matter far less to financial markets over the long run than one would think. Since the first fully democratic election of April 1994, the country has held elections every five years as stipulated by our constitution. The graph below shows the FTSE/JSE All Share Index since 1994, with each of the election dates clearly marked. 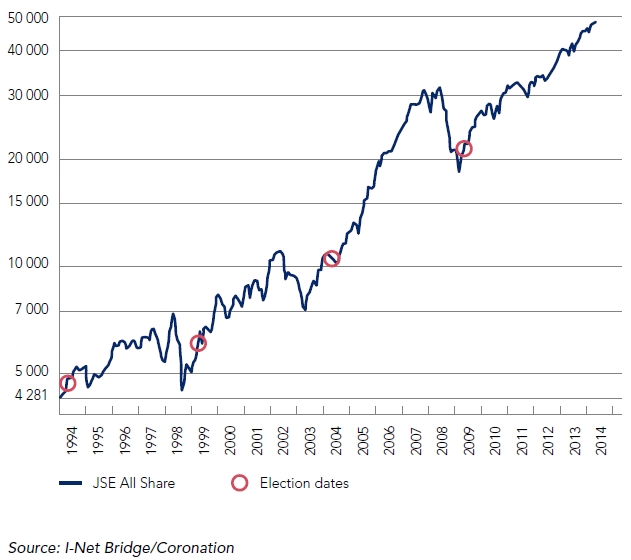 Over this 20-year period the index has had a very strong run, but the election dates appear to have had very little influence on the direction of the market. In fact, the major changes in direction occurred at random points in time.

One could of course argue that elections are predictable, and it is the unpredictable political events that cause a major directional impact on financial markets.

South Africa has certainly had its share of precipitous events; a brief list of most of the important ones since 1960 are:

The graph below shows the All Share Index since 1960, with the aforementioned events marked. And again, as was the case with the election dates, these events seem to have no discernible impact on the direction of the market. The major movements all occur at random times driven by other variables. 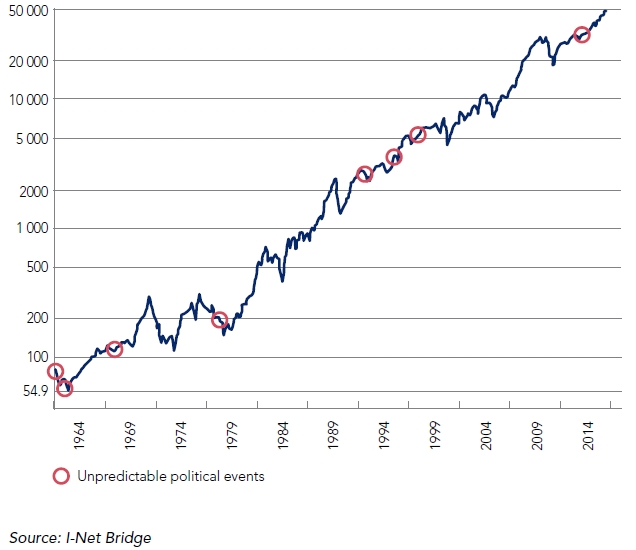 The final graph shows the very same All Share Index chart but with the earnings growth of the companies comprising the index added (blue line). From this chart it seems quite clear that the two lines are closely related over the longer term. Sometimes the market (red line) runs too far ahead of the underlying earnings, as was the case in the late 1960s in particular. At these points the market rating is simply far too high and, unless the earnings can catch up, one must expect a correction. At other times the market lags the underlying earnings, as in the mid-1970s, and then a re-rating occurs. Over the long run, the market follows the profitability or earnings of the underlying companies. 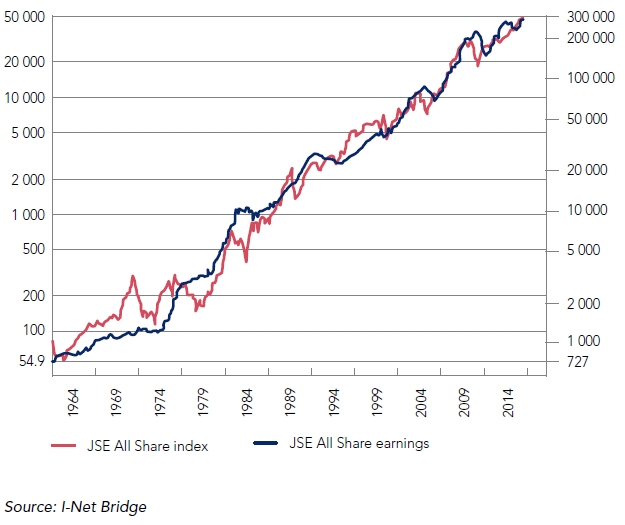 The above analysis shows that markets are driven by the fundamentals of earnings growth and valuation. Sometimes political events can have a short-term impact, but over the long run investors should stick to the basics and not get sidetracked by noise. At Coronation we concentrate our research effort on identifying companies that can grow their earnings over time, and especially those where the market places too low a valuation on their ability to grow earnings into the future.